With vehicle emissions standards getting tighter and tighter in the UK, Europe and around the world vehicle engine technology has had to rapidly change to meet the emissions laws, systems have been invented such as EGR (Exhaust Gas Recirculation), EVAP (Evaporative Emissions Control System) and one you may have heard of more recently is the DPF (Diesel Particulate Filter), all of these systems work very well at reducing the harmful gasses entering our atmosphere but unfortunately they have a nasty by-product, CARBON..Carbon build up is by-product of all these emissions control systems and while we can't stop it we have to treat it. 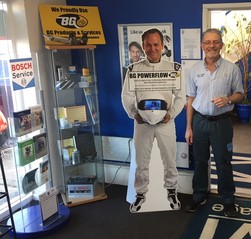 Excessive carbon build causes at very best, parts to block up and you will use more fuel and lose power. It will cause component failure and in very bad cases it can even cause turbo and or terminal engine failure.

This is an example of an EGR pipe, as you can see the gap for EGR gases is greatly reduced, this again will cause the incorrect fuel to air ratio in the cylinder

This is an intake valve from a modern petrol GDI engine, as you can see it's covered in carbon, this will reduce the amount of air that can be drawn into the cylinder

Diesels and Petrol engines both suffer with carbon buildup especially the modern GDI (Gasoline Direct Injection) engines, all modern petrol engines are GDI and by way of its engine design a serious problem is the intake valves becoming so contaminated with carbon it can pretty much stop an engine running.

At Millers Garage we now offer the complete carbon treatment service, we can clean or service all the above systems to either help prevent carbon building up in the future or to remove it after it's built up, we offer the following services:

If you follow our carbon fighting advice you can avoid having to remove carbon or replacing failed components which can be costly, as part of your vehicle service routine we recommend the following:

For more information please don't hesitate to call us on 01635 46757 or email at enquiries@millersgarage.co.uk

Carbon build up in engine air inlet systems has been a big problem for a long time, but with the rise of the petrol GDI engine carbon is now causing costly repair bills, at Millers Garage we have come up with a preventive solution to this problem.

What is done in our Inlet Air system Service?

Watch the below video for more information https://youtu.be/sWSjvH7QMA8

Prices start from £108 inc. VAT if you combined the Intake Air System Service with a vehicle service, or if being done on its own an oil and filter change must be done at the same time, prices start from £180 inc. VAT.

For more information please don't hesitate to call us on 01635 46757 or email at enquiries@millersgarage.co.uk

Loss of performance, increased fuel consumption, ignition malfunction and rough idling are symptoms of valve and inlet ducting deposits and contamination. The cause is a combination of exhaust gas re-circulation and crankcase ventilation and a lack of physical flushing effect of the fuel in direct injection systems. Unfavorable driving habits such as frequent short trips and stop and go traffic together with increasing bio ingredients in fuel worsen matters.

A lot of VW FSI and TFSI engine engines suffer with this and the 1.6ltr turbo and non turbo engine designed by Peugeot and BMW and fitted to Peugeot, Citroen, Ford and BMW Mini cars are especially prone to this fault, but this can happen to any GDI engine where the fuel is being directly injected in to the engine and not flowing over the valves. At Millers Garage we can now offer an economical valve cleaning system. The TUNAP 13400 Valve Clean System saves about 70% in terms of repair time and is thus up to two thousand pounds cheaper than older methods such as removal of the cylinder head and cleaning.

Below is an example of how good this system works, the below car had a misfire under load and had been to various garages before coming to us, we diagnosed the problem and carried out a microflex inlet valve and inlet port clean, as you can see the result is impressive and instead of the £1500 this job would normally cost the average cost is around £250 Inc VAT. The car drove like a different car after, no misfires and no hesitation under load.